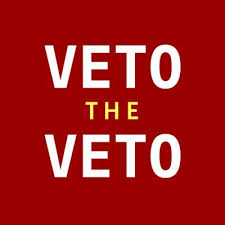 Just about all of us has played in a fantasy league where every team has a vote to either allow or veto every trade that takes place. People have different thoughts as to what is necessary to allow a trade. Lets take a peak into the different types of thinking an owner might have as your trade is considered.

The first type is the “all trades need to be fair to both sides” person . This would be beneficial to both teams and in theory would not change the “balance of power” in the league. This option reminds me of those kids tee-ball leagues where there are no winners or losers and everyone just gets a participation trophy.

The second type is the “how will this affect me” person. This is an owner who will vote to veto any trade that either hurts their teams chances or if the proposed trade involves any player that they really wanted.

The fourth type is the “Troll” person. This owner will veto against every trade that is not their own. They hide behind a cloak of anonymity since no one can tell who casts which vote. This person is usually either very competitive or just loves to “stir the pot”. If you have a handful of people in your league that fall under the troll designation then trades may be VERY difficult to be processed in your league.

The Fifth type is the “to each their own” person. There is a reason this is called FANTASY. It is the prerogative of each owner to draft, buy or trade for the player that they love to watch. Baseball is a long season and if you watch all 162 games played by the San Diego Padres then maybe it makes it a little more fun if you have Wil Myers on your fantasy team. In your mind Paul Goldschmidt is on the hated Arizona team that torments the Padres on a regular basis. Seems like a no brainer you would unload a guy you hate for one you love. Only problem is the other owners don’t care. They veto because the trade is unfair to them.

The Sixth type is the “I only veto if there is collusion” person. This is the ideal thought I would want everyone to have but when everyone else in your league has there own agenda as to how this affects them then it is hard to stay the course.

These scenarios are the reason i believe only the commissioner should be allowed to approve or veto a trade. That being said all trades should be allowed to happen as long as collusion does not come into play. like “hey all trade you my best players for your worst”  or “I’ll give you Jake Arrieta if you pay for drinks tonight”

In my experience there has been times when i will negotiate with an owner back and fourth for weeks. Finally a trade is agreed on and a weight is lifted off your shoulders as you have in your eyes improved your team. 48 hours later sorry, the Trolls strike again.

If anyone has any other “types” i’d love to hear about them! 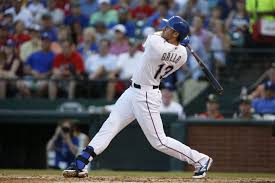 It was about a year and a half ago when Joey Gallo was shattering the windshields of cars parked beyond the right field wall during the Futures Game batting practice. That was probably the height of his popularity and expectations. The Rangers called him up there after and he was crushing pitches in  Arlington pretty quickly.

Shortly thereafter the book was out on him and pitchers started taking advantage of his over exuberance. Joey started to strikeout at a rate that was embarrassing. He was frustrated sure, The Rangers were frustrated as well. Doesn’t this sound like what most Rookies go through at some point?

Remember a couple years ago when Javier Baez was called up by the Cubs and saw some instant success with his lightning quick bat and “light tower power”. Once word got out on his weaknesses Baez started to strikeout at an embarrassing rate.

Baez now has become an integral part of the Cubs infield and just last night was the star hitter helping the Cubs beat the Dodgers as they try to win the NLCS. Look at Byron Buxton, he has struggled for parts of 2-3 seasons but came alive as most talented rookies do once they have 500+ at bats under their belt.

With just about everyone jumping on the “Joey Gallo” is a bust or “he is the next Brandon Wood”It seems now would be a great ti e to buy Joey Gallo while the rest are selling.

Texas is going into the off-season with openings at 1B and DH (Moreland and Beltran are FA’s) Why not give the kid 500 ab’s to see how he adjusts. He’s still young but he has incredible raw power that is something very tough to teach.

Hard work in the batting  cages may be all it takes to turn him from Adam Dunn to a Chris Davis. Hey…that’s another guy Texas gave up on too early.

Why is it that Bumgarner waits until the playoffs to spin a gem like he did last night? I had him on my fantasy team this year as my ace. I had a good season but i really could have used that type of performance from him before i got knocked out of the playoffs a few weeks back!